Swapping out or replacing a distributor is not a big deal. For example upgrading to one of Gary Boones's EI dizzies. Putting one back in after a rebuild is not hard either.

First we will discuss swapping one out. This is best accomplished by marking the old one as to the orientation of the rotor. Pull the dizzy cap off and make a mark or make a mental note as to which way the dizzy rotor is pointing. You do not have to worry about getting it lined up with the #1 piston. Just make sure you know which way it was pointed. Loosen the single bolt holding the dizzy in place making a note of how it is fastened-either 0, advanced or retarded. Slide the old one out. Now, take the new dizzy and line the rotor up the same way as the old one. You will most likely have to remove the bottom mounting plate on the old dizzy and fit it to the new dizzy. There is a little rubber O ring that goes on the bottom of the dizzy as well. Do not forget it as you will have a nagging persistent leak that is hard to find. Trust me, I know all about that one. Slide the new dizzy back into the engine. You may have to rotate the rotor a slight bit one way or the other to have it drop into place. Set it to the original setting 0, advanced or retarded and secure the bolt. Put the cap back on and fire her up. If you are doing a rebuild putting the engine at #1 piston top dead center is the proper way to start. Make sure both valves on #1 piston are fully closed. If this was a complete rebuild you will not have the distributor mount fastened to the motor as yet. Peer down into the distributor mount hole and you will see the oil pump drive. It is slotted to accept the distributor drive gear which also engages the cam shaft. You need to take a long screw driver and point the oil drive as close to 12:35 as the illustration below shows. 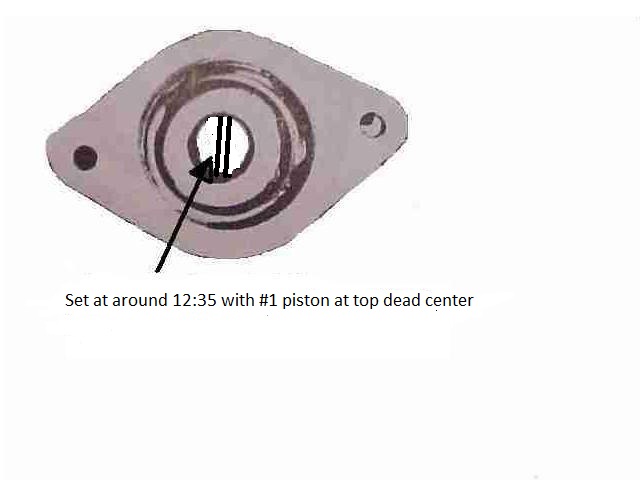 Here is a picture of the oil pump drive and the distributor drive. 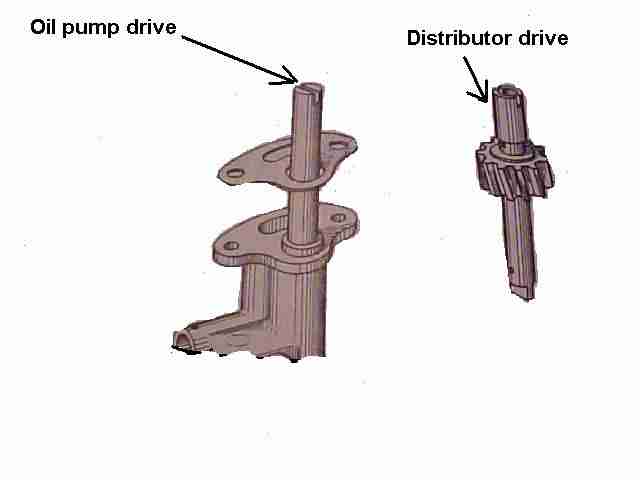 Next you will insert the distributor drive into the oil pump drive. You either want the small oblong pointed towards the front or pointed toward the back. Here is a picture of the oblongs. 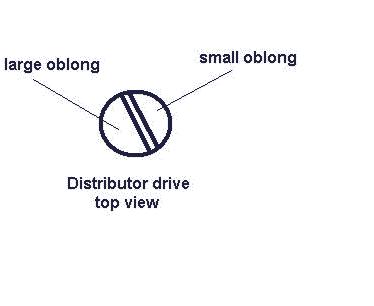 Either way it should be as close to the 11:25 orientation as you can get it. If the small oblong is towards the front then #1 spark plug wire is per the first illustration below. If the small oblong is towards the back then #1 spark plug wire is per the second illustration below. Some say this should not work but it does. It is not 180 degrees out by doing this. I believe the Nissan standard was to have the small oblong pointed towards the front with the #1 spark plug per the first illustration. The distributor shaft engages the cam shaft and must rotate into the oil pump shaft. The best way to make sure you are properly seated is to put the distributor mount in place and it should sit flush on the motor. Do not try to force it. It may take several tries to get the drive in its proper place. You can get it off by one tooth and the engine will run but not very well. 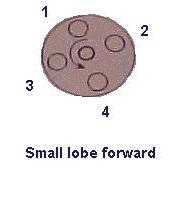 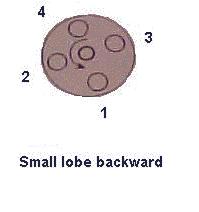 NOTE: The bottom drive on the distributor can be removed and realigned if need be. There is a small spring holding a pin in place. If you find you cannot get your distributor rotor pointing in the right direction-pull this off and try adjusting it.

Lastly put the distributor cap on and install the spark plug wires. The firing order is 1-3-4-2 and that will never change. 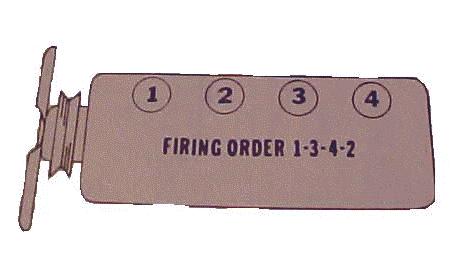 She should crank over and start so you can adjust the timing with a timing light. That pretty much covers dizzy installations. Good luck and happy roadstering.