Are we psyched for this Velocity Channel series beginning this Tuesday 4/17..?!

My issue with many of the automotive related shows is that I am more interested in how to and facts than in personality and opinions. Over the years, shows seem to start out with material that captures my interest but, over time, become more about the personality.
If I want to watch someone flip cars, I'll watch Wayne Carini (sp?) if I want to see a car show, I can watch Dennis Gage. If I want to watch someone whine, I'll watch a rerun of Orange County Choppers.
For me, I'm less interested in what color a guy paints his car than in the prep work that went into it and why he did it the way he did.
So, we'll see....
Dan
SPL311 aka Skooter. Sold. Now wasting away in the SF area.
1990 Nissan 300zx. Sold this one too.
2018 VW Tiguan
Top


"When we were standing next to the motor while on the dyno, and the motor hit VVL, eyes went watery.."
Top

I'm excited...especially since they are just down the road from me in Murray, UT.

I'm digging the show!
Just be happy, and have fun!

Agreed-it is a good watch and I have the DVR set to record all episodes. I love the 240Z. I want to put triples on mine.

I really enjoyed the show. I got the Motor Trend OnDemand app to watch it, as I don't have Velocity (or any other cable/satellite station...antenna only for me!)

Wish there were more episodes, and would love to see some more variety (namely I'd love to see a 1st generation Celica) - but I realize they show the cars that they are actually working on, so that's not really up to them - it's what customers bring in!

Glad they avoided the usual attitude/personality drama non-sense that pervades garage/automotive shows. Great to see a show dedicated to Japanese enthusiasts instead of just the usual muscle car stuff.

I got hooked on the show as well. I especially enjoyed last night when Eric shared the fact that the GTR was “one of the first cars from Japan to have a five-speed,” and how amazing it was for Nissan to have a car putting out 160 HP in the late 60’s. Umm, the 2000 Fairlady (much lighter Solex version) anyone??

Maybe they will get around to that “JDM Legend” next season (please no fender flares)?
J. Baker
Lafayette, CA
'69 2000 (Solex)
Top

Now that the season is over and I've watched every episode, gotta say that my favorite episode was the one that showed Rob Fuller and the OS GIken S30 mainly because I know Rob. Hahahahaha.

But yes, agree that the show is a nice balance between content (the cars themselves) and Eric/Josh's keen attention to the details. I love that aspect.... "Looks like this part was painted gold, not cad plated as it should be...we'll fix that." I did learn stuff from the show and that's a key point. Like the excruciating level of prep work that Mauricio does in the body shop. Dent puller based on a welded connection?? Awesome.

JDM-L is so unlike so many of the other "car shows" where, as was said, the show becomes about the people's personalities or who they're building them for. I like the balance Bitchin' Rides has and it seems that JDM-L also has decent balance. On that note, and not as a diss on the shows or people involved as they are talented BUT, I will NOT watch shows where they're building cars for celebrities (versus real car people.) No thanks, if I want to know what the Kardashians are driving, I'll just watch their own faux celeb shows.

Back to JDM-L though.... in addition to the main theme of each show, I do enjoy the "side attraction" cars they cameo. The Mazda RX7 - based on the Hot Wheels livery and body - was fun. 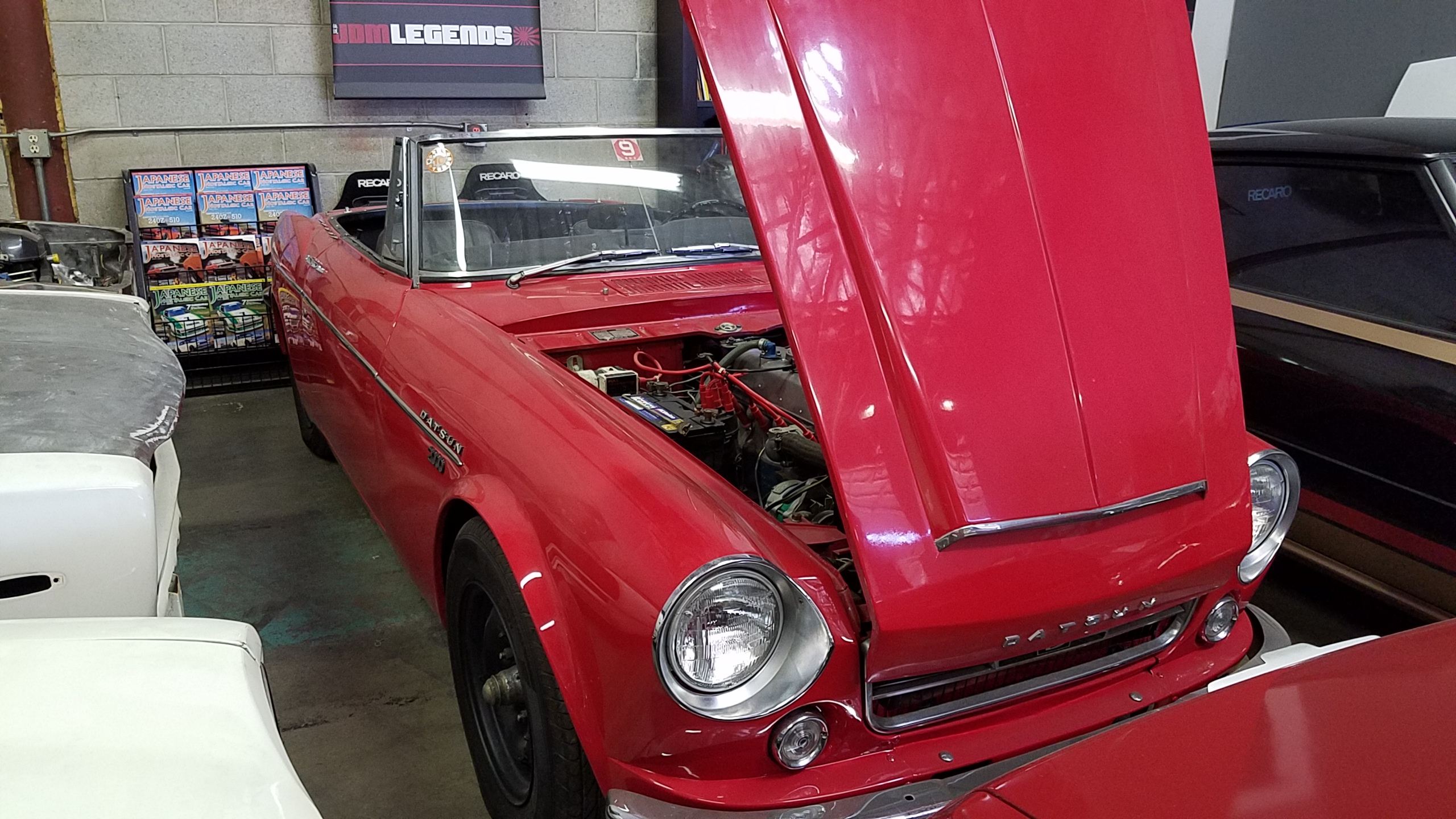 I'm reliving my teen years growing up very close to the Zama Nissan museum when GTRs and Bosozokus ruled the road! Bartered a lot via Bottles of Black Label and cartons of cigarettes for new parts from local junk yards back then. As a teen I couldn't afford the Roadsters as so few were around for sale. Bought my first 67 510 4 door off a pile of 3 cars. The ones on the very top had the intact roofs! Forklifted down for about $50 then. Yeah, I'm enjoying the shows.
2004 Chevy Tracker
2010 RAV4
1969 Datsun Roadster
2005 Lotus Elise
1995 Toyota Tercel (Poormans Corolla)
2001 Fleetwood Jamboree RV
Top